Summer is here, along with all the hot, thrilling events – holidays, beaches, festivals, cocktails in the shade – and some brand new slots to try out. These slots will give you the summer of your life, whether you’re on holiday or not. You can play them at home while you’re relaxing in your comfy chair and you can carry them with you wherever you go. It’s a win-win situation! 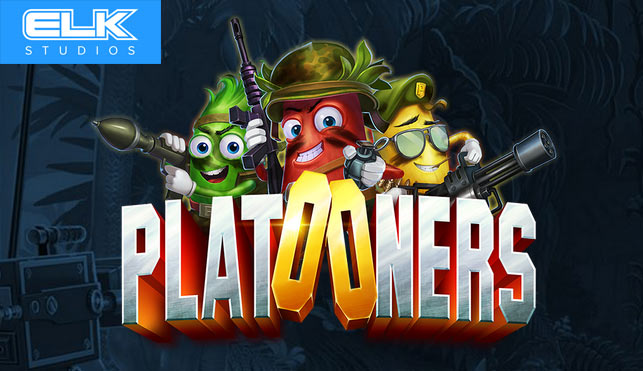 Platooners is all about action, strategy and adventure; it was developed by ELK Studios, well known for visually rich games and feature-packed products. No ELK slot has the same feature configuration like the next one; each game is one-of-a-kind pleasure. Platooners was created to follow up the successful Bloopers slot. It features the same characters in a different setting; the little, quirky minion lookalikes are now fierce Platooners with weapons, but don’t be afraid – they aren’t actually waging war, they are simply having fun and making a movie together. The game has 5 reels, 4 rows and 178 ways to win.

The Green Rocket Platooner, the Red Grenades Platooner and the Yellow Bullets Platooner are the main characters, and each of them corresponds to a bonus mode. There is also a Wild symbol in the game and a Snake’s Head Scatter/Bonus symbol. The Action Spins feature is triggered randomly, and in it, one of the Platooners can be seen in action. The Green Rocket Platooner shoots out rockets, matching icons on reels 1 and 3. Matching symbols equal more wins! The Yellow Bullets Platooner shoots bullets from his machine gun and guarantees five-of-a-kind payouts. The Red Grenades Platoooner throws grenades all over the reel grid and turns regular icons into Wilds.

That’s only the half of the movie. Landing three or more of the Scatter symbols anywhere in view unlocks the Snakes of Fortune bonus feature in which the Platooners fight the giant serpent. They are given 15 rounds to defeat the beast and win valuable prizes which include coins, extra ammo and additional attacks. There’s so much fun to be had with the latest creation from ELK, and no reason to wait for it – Platooners is available online since the end of June.

Mystery of Long Wei by iSoftBet 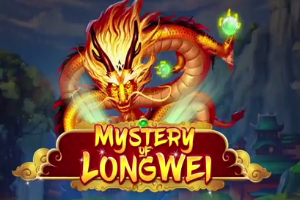 Why not take a trip to Asia this summer? Just in time, iSoftbet releases Mystery of Long Wei video slot, a medium to high variance game with 5 reels and 40 paylines. Asian-themed slots may not be what iSoftBet is famous for, but the quality of the latest project demonstrates that iSoftBet is a software developer skilled in every field. As the slot loads, players are treated with gentle Eastern music and a traditional Chinese design. The red reels are looking rather regal and they are set against a magnificent mountain palace background. The symbols include a phoenix, a tiger, a panda, a water lily, a koi fish and a gold jar. There is a Wild, a Scatter and a Dragon Bonus symbol, making the gameplay more dynamic and exciting. 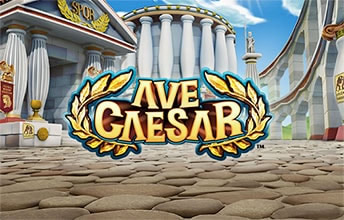 Paying a visit to the ancient Roman Empire doesn’t sound like a bad idea for the summer, either. Leander Games is giving you the chance to make that happen through their latest release entitled Ave Caesar. According to the developer, the game has it all, even a hint of humour. That’s quite remarkable as we don’t see many slots with humorous elements online. The visuals are reminiscent to the Asterix and Obelix animated movies, although the slot features a three-dimensional setting and characters. Seeing the roman numerals on the reels instead of the standard playing card icons is a nice touch and there is also an optional Gamble feature for those who appreciate additional excitement on top of 4 main game features, 2 pick-me bonuses and 2 free spins bonuses.

Ave Caesar is a 5-reel slot with 3 rows and 20 fixed paylines. The magnificent Roman architecture can be seen behind the reels in form of viaducts and temples. The symbols include the game’s logo, a Roman lady, a legionnaire, the Caesar Wild, a centurion and a bonus icon that has SPQR written on it, which stands for Senatus Populus Que Romanus. Landing three SPQR symbols on reels one, three and five triggers one of the following features: Caesar’s Conquests, The Roman Empire, Glory Of Rome Free Spins and Druid Free Spins. Apart from those main features, some can be unlocked at random, namely Hannibal’s Heroes, The Gaul, Ave Caesar and Centurion Maximus. All in all, special features award the player 2×2 or 3×3 symbols, multipliers, free spins, sticky Wilds and extra Wilds, among other benefits.

Ave Caesar is a solid medium-high volatility slot with a progressive jackpot displayed in the upper right corner of the screen. Ave Caesar and Ave Jackpot!

Scheduled for release on 10th of July, Eastern Emeralds is an Asian-themed video slot made by Quickspin. The graphics are deemed superb and vibrant, transferring you straight into the spiritual world of the Orient. Colours such as yellow, orange, red and green dominate the reels as the screen shows a sunset landscape and lots of golden items in the symbols. The Oriental theme may feel generic with most slots, but that is not the case with Eastern Emerald. The game features 5 reels and 20 paying lines; mobile play is supported and there is an Autoplay option to make use of.

The symbols are half theme-related and half generic: medallions, golden turtles, golden koi fish and golden dragons on one side and A, K, Q, J and 10 on the other. The Wild is a green gem with an ornate frame made of golden dragons. The best thing about the Wild is its multiplier value; Wilds have the multiplier value of the reel they land on, but they are allowed to appear one Wild per reel only. Getting 3 Scatter symbols anywhere on reels 2, 3, and 4 triggers the Destiny Free Spins bonus feature. You can choose your destiny by picking one of four available feature options which range from low to high-risk combinations of freebies and multipliers.

With an RTP of 96,58% and a potential to pay 12,600 times the stake per single spin, Eastern Emeralds is a monster of a slot only determined bettors should tackle with.