As a genre, sci-fi has produced a lot of popular movies, TV shows, books and comics. It’s in our nature to enjoy fantasising and imagination, it does us good to escape reality and embrace possibilities that go beyond what is seen with our eyes and scientifically proven. Sometimes it’s fun just to pretend.

Naturally, there are a lot of sci-fi new online slots on the web as well. For all of you fans of aliens, robots and other types of supernatural beings and how they interact with humans, we’ve composed a list of best sci-fi online casino games. 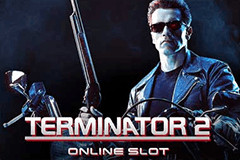 The role that made Arnold Schwarzenegger famous was his iconic performance in the Terminator franchise. The movie has a huge fan base, and Microgaming made a smart decision to make a slot machine with this futuristic theme. All our favourite characters appear once more in Terminator 2 slot: Sarah Connor, John Connor, the T-800 and the improved T-1000. The game has five reels, three rows, and offers 243 winning combinations. Expect some action-packed gameplay, both base game and extra features. There are three bonus activities: the Free Spins bonus, the T-800 vision and the T-1000 transformation feature for extra payouts. You’ll surely enjoy one more aspect or the game, and that’s graphics. They’re fantastic, metallic and robotic enough, brought to life by sound effects true to the cinema classic. We’re sure you can hear it in your head right now. RTP: 96.62% 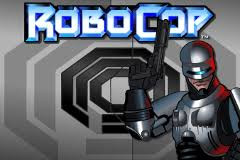 A cult named after the main character Robocop has found its place among great similarly-themed slots. Fremantle Media did a good job with preserving the legacy of the original movie. The game interface incorporated the reel grid and a nice Robocop on the side. It’s a five-reel slot with three rows of symbols, and you can expect 20 winning combinations. The coin values are customisable, and you can choose your active pay lines. Symbols are well-designed and evocative; you can see the Robocop logo, characteristic guns, Delta city and more across the reels. Console games from the 90’s have also left their mark in terms of appearance and overall feel, which is not at all a bad thing. Robocop slot is a unique gaming experience, and you should give it a try. Keep in mind that there are lots of special features and bonus rounds in there as well. Return to Player: 95.09% 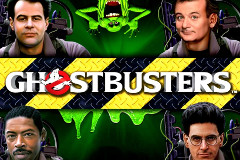 Here we have another iconic film made into a virtual slot machine. It was released in 2012 when IGT finally ended the anticipation. All the great characters are there, including Slimer acting like a Wild symbol, changing positions across 5 reels. The number of pay lines is a fixed 30. There are 4 Mystery features, meaning 4 great ways to expand your winning possibilities. With gameplay elements like the Cash Award feature, the Multiplier feature, the Extra Wilds feature, you won’t get enough playing the Ghostbusters slot. Sure, there’s some slime involved, but those reassuring faces of the gang members will get you through it. If the question is ‘Who you gonna call?’, the answer is always ‘Ghostbusters’. RTP: around 93.5% – Quite Low!! 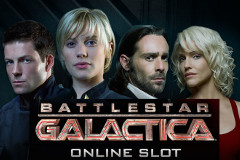 Once of the most praised science fiction series in TV history is Battlestar Galactica, a story about finding a new home for what’s left of humanity. The online slot machine version of it is something even those who are not fans of the show will enjoy. Microgaming created a 5-reel game with 243 winning lines, honouring the long-lasting sci-fi drama with an excellent slot. The base game only has three modes, and different bonus features triggered inside of them. The modes are Normal, Run and Fight. As for the features there’s the Ion Storm feature, where all reels can go fully wild when triggered randomly and reward you with a maximum of 15 free spins and a 3x multiplier for whatever your winnings amount to. Another super interesting gameplay element is the Ranking Achievements feature. It provides you with a higher military rank depending on how much you play. You can start of as a Civilian and reach the Admiral rank, with every step unlocking more series video content. It’s something fans will love, without a doubt. Return To Player: 96.62% 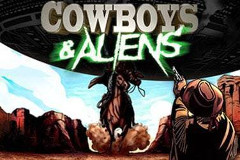 Powered by Playtech, the awesome slot version of the famous graphic novel has hit the casinos to make amends for the not-so-great feature film that appeared a few years back. It did star Daniel Craig and Harrison Ford, but is you enjoyed the comic book we recommend that you spend a few hours spinning the reels of the Cowboys & Aliens slot instead. The visual style is just right, and the combination of Western music and sci-fi sound effects will get you right in the game. At first sight, a five-reel, nine-pay line structure might not look promising, but the bonus features are there to prove otherwise. There are three of them – the Alien Weapon feature, the Alien Attack Bonus and the Comic Strip Wilds. Before you know it you’ll be counting cash won by having lots and lots of fun while playing Cowboys & Aliens online slot. Return To Player: 94.01% – NOT THE BEST

Transformers: Battle for Cybertron from IGT 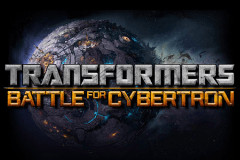 Another great contribution to the sci-fi community by IGT, called Transformers: Battle for Cybertron. A blockbuster series of films covered the story of transforming robots that found themselves on Earth, and what a thrilling story it is – perfect for a 5-reel slot machine with 40 ways to win. Before we get into exploring the gameplay, we can’t help noticing the game features a Freefall style of spinning the reels. Well, it’s not so much spinning, as it is symbols falling from the top of the screen, landing on their positions. And the symbols are all the favorite characters: Optimus Prime, Bumblebee, Soundwave, Megatron, Cybertron planet as a Scatter symbol, and for the Wild there’s a purple cube icon. Robots in battle sounds amazing, with mechanical sound effects and dramatic melodies combined to set the mood. Action-packed gameplay marked with Mystery features will leave you practically breathless, and give the perfect science fiction gambling experience. Don’t believe us? Join one of the trusted new slot sites, start the Battle for Cybertron and see for yourself! Theoretical RTP: 92.56-96.41%