As far as genres of games on slot sites go, Westerns have taken a bit of a back seat to other themes. Often overlooked in favour of online casino games with the Ancient Egyptian or Greek theme, it’s a bit of a shame that these don’t get the exposure that is necessary.

Westerns tell stories that are set primarily in the later half of the 19th century in the American Old West. Of course, these often centre on the lives of nomadic cowboys. Other features of such include all of the imagery from this western genre, such as Stetson and cowboy hats, cowboy boots and spurs. And don’t forget about the Native Americans, bandits and other characters from this sector. As such, you’ll find that several developers in online casinos world have brought forth slot games featuring this theme. And here, we have found the best slot games in the Western genre for you to play. 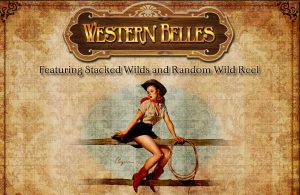 Where to Play Western Slot Games?

Westerns are not all about the guys, and IGT proves this with its Western Belles offering. Featuring a very appropriate soundtrack behind it and five reels, it’s a great slot game to play. The icons on the reels feature a few different cowgirls. Meanwhile, there’s the regular A, K, Q, J, 10 and 9 additions. Further to this, you’ll find a Stetson and some cowboy boots on the reels too. Like in many other wild west slots, Western Belles features its very own wild symbol. This is the belle with the red outfit on and as a wild, she will stand in for any other symbol on the reels. The only exception is the bonus feature icon. As a wild character icon, she appears as a stack. An additional wild is available on the reels in the form of a lipstick kiss print. There’s also a further wild in the form of the lady in white. Each of these stack wilds provide the Wild Reel Feature as well. And don’t forget about the game’s bonus icon either. Showing up on reels two, three and four only, it will pay double your bet. Furthermore, it awards you five free spins of the reels. RTP: 96.32% 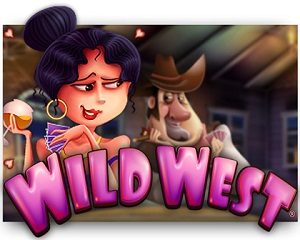 NextGen Gaming really push the boat out with this one. It provides gamers with some stellar graphics and gameplay. Not only that, it offers up a great soundtrack while you’re playing as well. Upon its five reel and three row layout, you’ll find a mix of different western inspired icons. These begin with the symbol of some cowboy boots, card dealer and a bag of loot. Joining them is the icon of the saloon, a card-playing horse and a serving wench. Playing this game will allow you to place maximum bets of €2.50 per spin. A great addition to this one is its Super Bet feature. This is an additional wager that can be adjusted with the control next to the reels. It enhances the game with extra lines and wild wins. Not only that, but the symbol of the cowboy is its wild icon. As a wild, it substitutes for all others on the reels, except the chipstack scatter. If the cowboy shows up within a winning combination, it triggers five free spins. The scatter icon will only show up during the free spins round. RTP: 95.87% 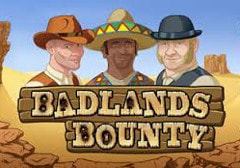 It’s clear from the get go that the Badlands Bounty game from Merkur Gaming is a little older than some others. It’s a four reel and three row slot game which also includes a total of three pay lines. These are simply left to right across each row, so it’s a fairly basic offering. Icons on the reels include the standard A, K, Q, J and 10 options to begin with. Joining them are western symbols of bullets and pistols. Meanwhile, there are three character icons as well. The character of Sean is the one who provides the highest standard pay out, which can reach up to a maximum of 500 coins. There are also multiplier icons of up to times five, which multiply your standard winnings. Finally, there’s the sheriff’s badge, which provides the game with its bonus symbol. The multiplier and the bonus icons can only show up on the bonus reel, which is the fourth one. Finally, Merkur have also made sure to include a gamble round in this one. In it, you have the chance to increase your winnings by playing a card game. RTP: 96% 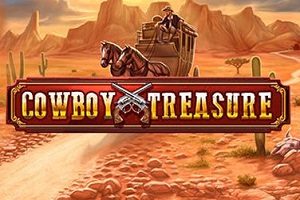 If you’re looking for a slot game with a bit more gusto behind it, Cowboy Treasure from Play’n Go could be the one for you. It incorporates exceptionally high quality graphics as well as a perfectly adept piece of music for the soundtrack. A, K, Q and J exist on the reels as the initial icons, while six others join them. These come in the form of whisky being poured, a black horse and a treasure chest to begin with. The other three are a runaway train and two different cowboys. Of course, like all of the other slots on this list, Cowboy Treasure provides a wild icon. This is in the form of the sheriff’s badge. It will stand in for all other icons on the reels, with the exception of the bonus symbol. And speaking of the bonus, this is the pistol symbol. Five of them coming into view in any location will trigger a total of 14 free spins. Furthermore, during this round you will find that horseshoes and coin icons appear in stacks. Alongside this, there’s a scatter symbol in the form of a gold ring. Three or more of these coming into view will trigger the jackpot round, where you can win either a bronze, silver or gold jackpot amount. RTP: 96.37% 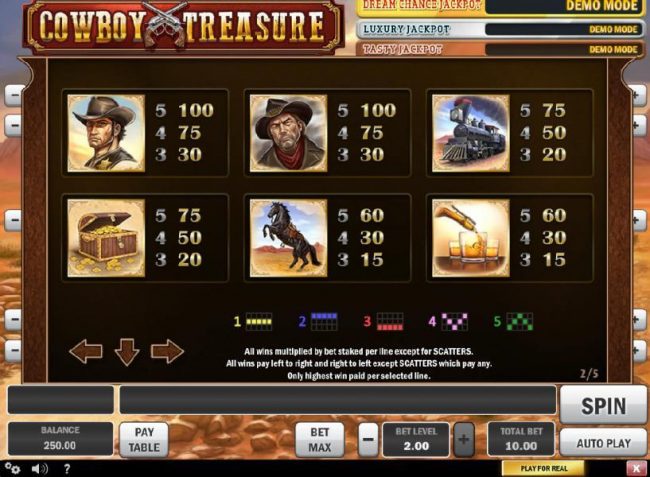 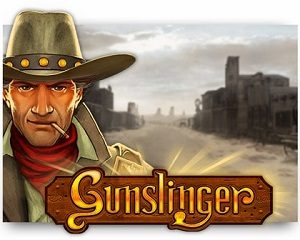 Another game on this list from the Play’n Go developer, Gunslinger is an exceptional Western theme offering. It provides five reels and three rows to gamers. Again, it incorporates perfect graphics and game play. A total of 25 pay lines are also included in this game and a maximum overall wager of €31.25 per round is playable. The icons appear in the form of playing cards, A, K, Q, J and 10. Additionally, there’s the icons of the crossover pistols, the bag of gold nuggets and the serving wench. You’ll also see the wild icon in this game is the cowboy symbol. As a wild, it stands in for all others in order to form a winning combination. There’s also the scatter icon of a bucking horse. All scatter wins provide a multiplier to your total bet of up to 200. If you spin three ‘Wanted’ posters onto an active pay line, you will trigger the Bounty Hunt round. In addition, there’s the beer bottle symbol. If three of them come into view anywhere, you’ll trigger the free spins round. All wins receive a double multiplier during this round. RTP: 96.00% 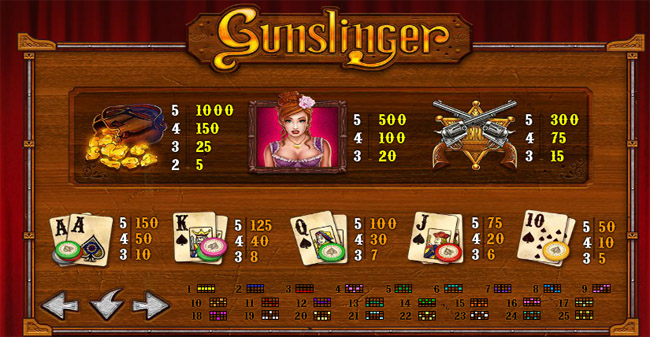 Showdown Saloon is a five-reel video slot that offers 15 fixed paylines, developed by Fortune Factory Studios exclusively for Microgaming. Get your cowboy outfit on and saddle up your horses, you are going on a hell of a ride! Inspired by popular Spaghetti Westerns and placed in the “dust and dirt of the frontier”, the Microgaming title offers plenty of features, like Mystery Stacks, Re-spins and Free Spins.

Playable from $0.20 per spin, the 2018 release boasts crisp graphics and a fitting soundtrack. Thanks to Mystery Stacks, which are loaded on every reel, stacks of symbols will be replaced by a single symbol, up to three different symbols substituting across all five reels. Note that the stacks on reels 1 and 2 are always replaced with an identical symbol. Once the first two reels are covered by an identical symbol, a re-spin is triggered, with the stacked reels being locked for the re-spin. Re-spins continue as long as matching stacks land on adjacent reels and this feature might help spinners fill all the cells with identical symbols for amazing payouts. The Free Spins feature is triggered when gamers land 3, 4 or 5 stacks of Scatters on adjacent reels, starting from the leftmost reel. It is possible to trigger 5, 10 or 15 freebies, depending on the number of Scatters landed. The Re-spin feature is also active during free spins and it is even possible to retrigger the Free Spins feature. RTP: 96.16%.

Rival Gaming might not be known for having games with the highest quality of graphics in them. However, this doesn’t make them any less entertaining on the whole. Western Wildness provides gamers with five reels and three rows worth of a layout. There’s also a total of 20 different pay lines in the game as well and customisation of these is not possible. Icons on the reels include imagery of gun-wielding cowboys, boots, bags of loot, horseshoes and more. There’s the addition of the wild symbol in this game too, which is that of the wheel. As a wild, it substitutes for all other icons on the reels and doubles your pay out. Furthermore, it expands across the entire reel. Additionally, there’s a scatter symbol in the form of a shotgun. Three of these bonus symbols coming into view provide you with 10 free spins in total, while four provide 20 free spins. If you spin five into view, you’ll receive 100 free spins. If you spin three or more of the bonus skull icons onto the reels, you’ll trigger the bonus round. This round allows you to test your shooting skills by shooting six bullets at 10 bottles. And don’t forget about the jackpot icon either. Five of them showing up pay out a maximum of 500 coins.
RTP: 97.00%