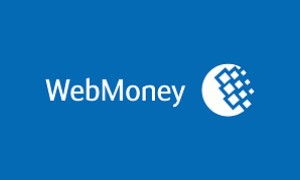 WebMoney is a sort of electronic wallet that’s a bit different than the rest in a few key ways. First off, it was initially used as a fairly localized method in Russia before growing to have a worldwide audience. Second, there are several different ways to deposit funds into the account and to withdraw them from the account. Third, you can buy prepaid cards with this method, which was only a common option within the past few years. Overall, it’s not as popular as the other casino deposit options out there, but the fee schedule can be more favorable than other e-wallets if you plan out your transactions well.

The Difference in Fees

Every single transaction that you make with WebMoney will cost you 0.8 percent. This includes deposits, withdrawals, etc. For this reason, you’ll be hit with a charge twice if you use this method to deposit to an online casino. You’ll pay once when the money is send to your WebMoney account, and you’ll pay a second time when it’s sent to the online casino account. However, even though you’re paying two fees, the total comes to less than what virtually any other e-wallet has in fees when using a credit card to deposit.

With that having been said, it’s a higher level of fees for players who are using a bank account to deposit, so the viability of WebMoney in terms of lowering fees really depends on which method you’re going to use to fund your account in the first place.

There are several different ways to deposit to your WebMoney account and to withdraw from it. Credit cards, bank transfers, prepaid debit cards, voucher systems, money transfer options (via retail stores), point exchanges and other options are all available. In this sense, WebMoney is one of the most flexible options since most e-wallets only allow a fraction of the funding methods. While this sounds good in principle, it’s not all that useful for many players since they’ll already have a single funding method in mind that will usually be one of the most popular options available for other electronic wallets.

Popularity of This Method

This method isn’t the most popular e-wallet out there by far, but it’s a great choice for players who either can’t get an account with one of the most popular electronic wallets or who want to set up a secondary option. It’s available in a wide enough range of casinos that you’ll have no problem finding a site that accepts it that fits what you’re looking for, but also understand it being accepted at a lot of locations is not its big advantage.

Overall, the two main advantages of WebMoney are its flexibility in funding and its relatively low fees compared to some other methods for funding electronic wallets. The main disadvantage of this method is that it’s not accepted at as many places as some of the competition, but this is a relatively small concern for the most part.

If you’re deciding on whether or not to use WebMoney, it might just come down to the site you prefer accepting it or not. It’s not a method that you’re going to miss out on a lot if you don’t have an account set up, but it’s also a really good choice for players who want a secondary account that isn’t from the “standard list” of the most popular choices.