Portrayals of Vikings have been brought to life through various sources of media. Whether that be via story books, television shows, big screen movies or video games. And why not? They’re one of the most known civilisations in history. Of course, they were known for being Nordic seafarers who went on raids from the North of Europe across wide ranges of the continent. Furthermore, they became vast traders across Europe as well. So, such a well-known community of people makes a great base theme for online slot games. And developers have taken this idea and completely ran with it. Such games are one of the most popular and most available options within slots sites. Of course, with there being multiple choices for these, finding the best of them can be difficult. That’s why this list exists for you. Join us as we cover the Best Viking-Themed slot games!

This online slot game from IGT takes you right into battle with your hero friends. Fortunately, you will be able to go right into war with them, defending your village against raiders. The reels are full of icons like silver coins, vibrant eagles and various forms of nature and plant life. You’ll also find several crystals, a hammer if you’re playing as Thor. If you choose to play as Thora, you have an arrow. You’ll also find that there’s a wild symbol on the reels as well, which will stand in for all other icons. As you continue on spinning the reels, your character will level up. This takes you from a ‘Wanderer’ through to a ‘Champion’. The higher your level is, the more your pay outs will be. It has an RTP of between 93.02% and 96.34%.

Valkyrie Queen doesn’t specifically invoke images of Vikings from its title. However, as soon as you start loading the game up, you’ll see that it brings together the idea of Vikings and mythology. The game itself provides players with a total of 243 different ways to win. It has a reasonable RTP of 94.90%. And not only that, there’s a ‘Tumbling Reels’ feature in the game too. This activates whenever you form a winning combination and sees the icons within disappear. This makes space for new icons to fill up and possibly form further wins. As far as the symbols go, you’ll find the iconic Pegasus horse, the Viking hammer, a longboat and the Valkyrie Queen herself. A wild icon can also be seen on the reels, substituting for all other icons. Meanwhile, three scatter trigger the 10 freespins round of the game!

This game, being available from WMS, completely involves the Viking theme into its reels. There’s a great scenic background of frost-covered lands to begin with. Upon this background, the reels can be seen. It’s these reels that hold the variety of different icons, beginning with several different runes. There’s also an icon of a raven and another of a wolf. Two Viking warriors can also be found as symbols on the reels. One female and another male. One of the best inclusions in this game is its wild icon of the Midgard serpent. During each spin, a Wild Stack appears on a random reel. This then becomes wild for all symbols, except the bonus icons. And speaking of the bonus offering, this is a scatter symbol too. This triggers the freespins round, with five scatters providing a total of 100 freespins. The theoretical return to player (RTP) is 95.90%.

As one of Microgaming’s most popular slot games, Thunderstruck is well-known in the gaming industry. It presents you with imagery of Norse mythology, with the main theme being the god Thor. Alongside the standard A, K, Q, J, 10 and 9 symbols, you’ll also fine more thematically relevant offerings. These include a Viking horn, a lightning strike, Thor’s castle and his hammer, Mjolnir. Of course, you can’t have a game surrounding Thor without having the man himself on the reels. He provides the wild icon and whenever he substitutes for another symbol, he will double your pay out. The icon of two rams provides the game with its scatter and three or more showing up give you 15 freespins. Microgaming have also made sure to insert a gamble round into this one. Slot RTP: 96.0% 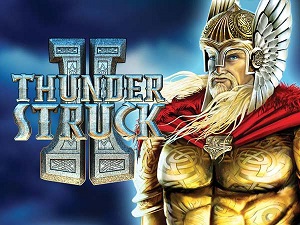 It can be said, without a doubt, that if you enjoy playing Thunderstruck, then this sequel will appeal to you too. Featuring better graphics and design than its predecessor, this one retells the tale of Thor nicely. It includes a total of 243 different ways to win. Not only that, but the icons are much more thematically appropriate. Alongside a valkyrie, a longship and the land of Asgard, three character icons also appear on the reels. These are present in the form of Loki, Thor and Odin. The game’s own logo acts as a wild symbol and it will also double the win that you receive. There’s also a Wildstorm feature, which can strike randomly and turn up to five reels wild. Finally, should you manage to spin three, four or five of Mjolnir into view, you receive entry into the Great Hall of Spins. Thunderstruck II Slot RTP: 96.6% 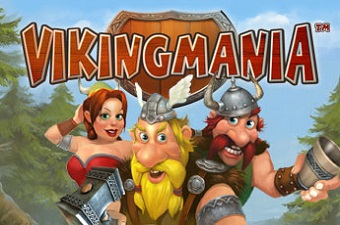 You’ll certainly have fun playing this slot game from Playtech. Opening up with a very entertaining video package, you’ll then be led to your game screen. It’s upon these reels that you’re able to see the funky and quirky character symbols. There’s one of the Viking damsel in her tight red dress, another of a burly warthog and a third of a warrior with a goblet of ale. And don’t forget about the blonde-haired Viking warrior who acts as the game’s wild offering. He will only show up on reels two, three and four, but he’ll substitute for all other icons to form a win. During the freespins round, this becomes an expanding wild. Speaking of the freespins game, this also has a three times multiplier. A bonus round of the game allows you to access the Playtime Bonus. Your goal? To choose a weapon to throw at your Viking friend. Hitting the board will provide you with the corresponding number multiplying your bet. Vikingmania has an average RTP of 94.96%. 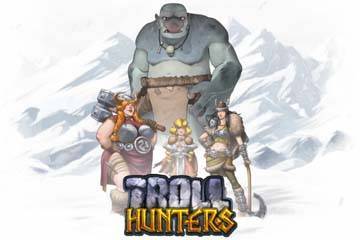 Play’n Go is always on point with innovation and intrigue when it comes to its slot games. Troll Hunters offers up a very unique experience to players, providing a five reel and five row interface. The game’s variety of icons include goblets for ale, Viking earrings, a joint of meat and three different female Vikings. Don’t forget about the wild icon in Troll Hunters, which will stand in for all others to form a win. The bonus round becomes active when the word ‘BONUS’ is shown in one or more columns. Five or more of the troll icons provide you with additional bonus rounds, with up to a total of 20 being available. All in all, this one gives you the chance to amass vast winnings. This is also due to the fact that every time you form a win, the icons disappear and further wins are able to be created. RTP: 96.73% 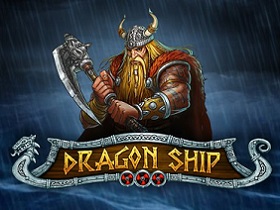 If you have more of a desire to recreate going on an adventure, Dragon Ship could be the game for you. It’s a five reel, 15 pay line game and comes courtesy of Play’n Go, with an RTP of 94.00%. Of course, the title of it says it all. The theme centres itself around the longships that are synonymous with Vikings. So, if you’re ready to set sail to seek out new lands, make sure you access this one now. The regular playing card icons are available on the reels to begin with, but there are additional icons alongside. These include shields, longships and, of course, treasure chests. The latter of these activates the Pick-a-Prize bonus feature. This takes you to another screen where you need to choose one of the chests to reveal a prize. And don’t forget about the game’s stacked wild icons in the form of the fiery eyed dragon masthead! 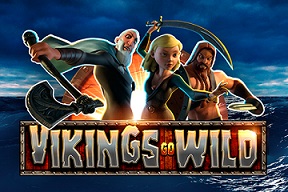 Yggdrasil are definitely one of the industry’s best up and coming developers. Never is this more clear than in the game, Vikings Go Wild. Taking place on a Viking longship, you’ll find five reels and four reels as well as 25 pay lines. Vikings Go Wild comes with an RTP of 96.3%. Four Viking characters exist as icons on the reels, while four different coins can be seen alongside. Don’t forget about the wild icon of the game, as this will stand in for all others except for scatters. And the scatter? It’s the longship that represents this and if three or more show up, you’ll trigger the freespins round. A maximum of 24 freespins can be won whenever five scatters come into view. During freespins, each Viking that lands has a chance to turn into a sticky wild too!