Wouldn’t it be true to say that everyone who tries their hand at playing online casino games is looking for a big win? Well, that’s definitely what we play the game for. Or at least, that’s our goal in the long run. And if the appeal of winning a decent amount on a standard slot game isn’t intriguing enough for you, then perhaps the idea of playing on a progressive jackpot slot game will do the trick for you instead. These games have provided some of the biggest casino wins around the world, but if you’ve never heard of them before, allow us to illuminate you.

Progressive jackpot games have one or more huge jackpot amounts, usually displayed at the top of the reels, and the total increases every time a player places a bet on it. This total is available to win by a single player, and once it has been won, the total will revert to a minimum amount before starting to increase once again. Simple enough, right? Well, if not, here are a few more details on progressives.

How Does a Progressive Jackpot Work?

Multiple software developers have created their own range of progressive slot games, and these include a variety of different jackpot amounts. Some incorporate a single one, others have two or three, while some have up to five and six different jackpot amounts available to win. The overall basis of the slot game is the same as a standard one, giving you the chance to spin three or five reels of symbols to try and match them up. You will see the progressive jackpot amounts displayed at the top of the game’s reels, and every time you place a bet, a percentage of it will be taken and added to the total. Furthermore, every time another player places a bet, a percentage of their wager will add to the total as well. Regardless of where people are playing (country or casino platform), every bet placed on the same game will count towards the progressive total amount.

The way to win this amount will vary between different games as well, so you’ll find that some of them require you to match up certain symbols on a specific pay line, while others need you to go through a specific bonus round. For example, if you play Netent’s Icy Wonders game, you will need to match up five icons with a gold star attached to them in order to win the highest jackpot. Alternatively, if you play the same company’s Cosmic Fortune offering, you will need to go through the Free Falls bonus game, land falling marbles into the Jackpot Collector Cup and then proceed on to the Jackpot Game before you’re able to claim one of the five different progressives involved within. 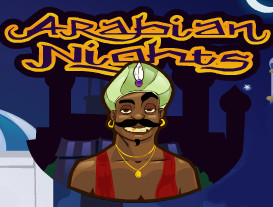 As noted, there are numerous software companies available around the world, and a large selection of them provide the gaming world with progressive jackpot slots. However, there are some of these that are more popular and known around the globe than others. Apart from the two mentioned earlier from Netent, this company also provides titles such as Arabian Nights, one of their classic offerings, as well as another in the form of Mega Fortune, providing you an insight into the type of life you could lead by winning one of these jackpots.

Microgaming is another company that has some very well-known progressives, with Mega Moolah probably being their most famous offering. However, there’s also the inclusion of others from this developer, including The Dark Knight, based on the film of the same name, King Cashalot and Major Millions. Playtech also have an interesting range of Marvel-themed slot games, all of which feature a collective progressive jackpot within them, including Blade, Elektra, Fantastic Four II and Iron Man 2.

There’s a reason that the previously stated games are some of the most popular – they’ve provided some of the largest payouts in history. The Arabian Nights option from Netent, for example, provided a man from Stockholm with a €4.1 million prize in 2013, while a fortunate player from Finland bagged a nice €5.5 million on the Mega Moolah game. The Dark Knight Rises, another product offered up by Microgaming, saw a UK-based gamer scoop £5.8 million in one go, but perhaps the biggest win ever recorded by a progressive slot machine came about in 2013. A huge €17.8 million was claimed by a man based in Finland, who played and won on the Mega Fortune game from Netent, which had also paid out a vast €11.7 million in 2011. This player wagered a simple 25 cents on a spin one night and triggered the bonus game, which took him right through to the end and crown himself as the biggest progressive jackpot winner ever so far.

Where Does It Go from Here?

Of course, seeing how these people managed to amass themselves a fortune in such a small space of time, it can only be noted that there will be further big wins to come in the future as well. The longer that the jackpot amount isn’t won, the higher it will climb, as these new slot sites continue to be exceptionally popular at online casinos. With that being the case, if you access the range of these games, you could potentially be the next millionaire!