It is almost the end of 2018 and soon we will celebrate the New Year. However, there are still two whole months at our disposal and we are pretty sure that slot developers will make use of them in the best possible way. One of the leading software providers Quickspin has been busy this year and this autumn, we can enjoy two new releases from their creative kitchen offering loads of entertainment.

The Sweden-based developer with a proven record track and a few industry awards has been around since 2012. They have established an excellent reputation among slot enthusiasts for the games that boast exciting and lucrative bonus features while looking great. Whether you play Quickspin slot games on your desktop or mobile device, you can give the new Quickspin titles a try for a chance to win big. 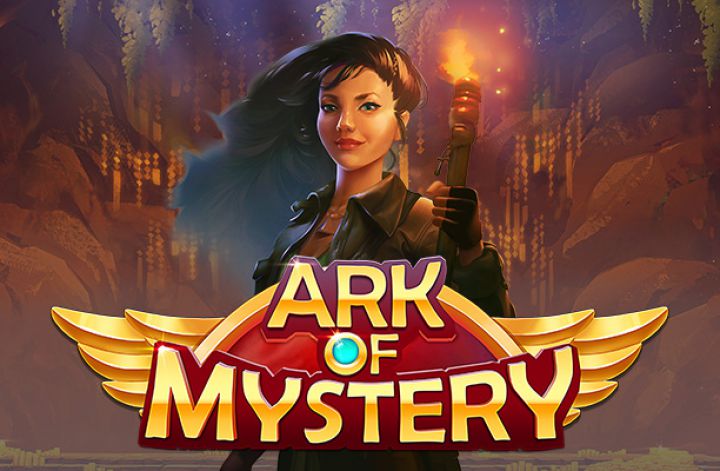 The Quickspin slot released on October 9 certainly resembles Hollywood blockbusters inspired by adventures of great explorers. The heroine of the Ark of Mystery slot is not Lara Croft, but Anna who is set to uncover the long-lost secrets and treasures of Ancient Egypt. Played at 5 reels and 20 paylines, the slot brags crisp graphics, smooth animations and an intriguing music score adding to the overall atmosphere of the game.

Despite its standard layout, the game offers innovative bonus features including a special multiplier symbol landing on the reel 5 and boosting your winnings by up to 22x. While playing Ark of Mystery, you will benefit from the Wild Ark Respin feature triggered when Wild Ark hits any of the three central reels. The symbol stays in its position during a respin while expanding one position up or down. Respins are awarded as long as new Wilds appear on the reel, meaning that you can win up to 6 respins with the three central reels covered by Wilds entirely. Keep an eye on the reel 5 where the Multiplier Booster symbol shows up. You can collect up to 21 Multiplier Booster symbols and get a 22x multiplier applied to your prize. The game has been available at Quickspin-powered online casinos since October 9.

Tiger’s Glory is an upcoming Quickspin title using an expanded 6×4 layout and offering 4,096 ways to win. The game draws inspiration from the Roman Empire where brave gladiators took part in battles with big cats such as lions and tigers. The game due to launch on November 13 will provide players with a chance to hit multiple wins at once thanks to its innovative structure.

Visually stunning, with reels set within imposing Roman pillars, the slot offers the action-packed gameplay with a few bonus features enhancing players’ odds. One of them is the Enraged Tiger Free Spins Bonus awarding up to 20 free spins and a variety of extras. During the feature, you should look up for the tiger that pays as Scatter, regardless of its position. Enraged Tiger will battle the gladiator and in case it wins, the symbol gets locked in its position for the duration of the feature. In addition, the first Enraged Tiger symbol on each reel that ends up as a winner in the battle awards an additional free spin. Up to 6 extra free spins can be won during free games. Make sure to give the Tiger’s Glory slot as of November 13!